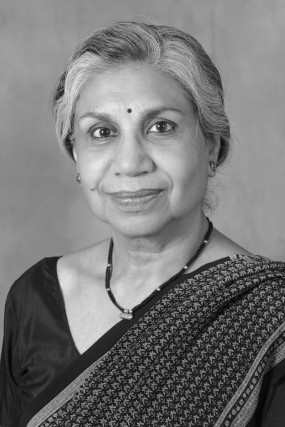 Links
Other articles from the same author: click here
News

"The CIty as Patient"

by Shalaija Chandra, former civil servant in charge of medical education at the Ministry of Health and Family Welfare, New Delhi, India.

The strike earlier this week by medical students from the Vardhman Mahavir Medical College attached to the Safdarjung Hospital may have seemed like an isolated flare-up. But it was actually symptomatic of what ails hospital administration throughout Delhi. The newly constructed VM Medical College including a Rs 33 crore hostel had been handed over to the "authorities" many months ago. The infrastructure and utilities remained dysfunctional, even as the medical superintendent of Safdarjung Hospital, the director of the college and its principal all asserted it was the other’s job to fix the shortcomings.

An absence of coordination caused more by infighting than lack of funds has plagued city hospitals for decades. The Central government runs four multi-speciality hospitals, exclusive of the All India Institute of Medical Sciences which is a conglomerate of six super-speciality centres within itself. The Delhi government runs 38 hospitals and the municipal corporation another 10, not to mention the hospitals of the ESI and the NDMC. Each hospital is headed by a specialist doctor who, besides coordinating the functioning of individual departments, is responsible for procurement and provisioning of equipment, consumables and drugs. Willy-nilly the repair of non-functioning equipment, absenteeism and hospital security, sanitation and containment of indiscipline, are a part of his duties, supported by more doctors who should instead be ministering to the "aam mareez". Says Dr Veena Choudhury, director of G.B. Pant hospital, "The real trouble is that daily housekeeping takes most of our time."

Power groups and coteries operate within and across most medical departments. If the hospital head wants to retain his leadership and authority, the only way is by remaining close to the centre of power that selected him in the first place. This means the directorate general of health services in the Central government, the Delhi government’s health department and their myriad political and administrative masters in the municipal corporation. Given the extent of lobbying and mischief-making that permeates the system, if the medical superintendent does not buy heavy insurance against troublemakers, he is sunk. Seeking constant protection from the fount of authority becomes a necessity, not an option.

Against this depressing background, the ordinary patient, whether from within or outside the city, is unable to distinguish between Central, state and municipal hospitals. Patients spend long hours in registration queues and then sit outside packed OPDs to gain momentary access to an overworked specialist. They opt for expensive private diagnostic and laboratory services even when government facilities are available free or at subsidised rates. In the absence of any networking or give-and-take between big and small hospitals, several facilities remain underutilised; individual hospitals cannot enter into arrangements with sister hospitals - except AIIMS which regularly offloads its overload to Safdarjung Hospital.

Some years ago there was a proposal to set up a Public Health Commissioner for all hospitals in Delhi to coordinate networking between tertiary, secondary and smaller hospitals, regardless of parentage. Supported with real-time computerised access to the availability of beds, specialists and functional diagnostic equipment, hospital and department wise, the commissioner was to coordinate between all government hospitals to derive maximum advantage from the gigantic facilities available throughout the city. He would be competent to divert patients to unused facilities and empty beds thereby rationalising their use. Most importantly, poor patients needing critical care could be dispatched by ambulance to a string of private hospitals that, having agreed in writing, have refused to honour their commitments towards the poor.

The commissioner would have reported to a board on which the DGHS, the Delhi government and the Municipal Corporation of Delhi would all be represented, so that each funding body had a stake in the efficient operation of the system. On the lines of Delhi University, which prepares panels of teachers, architects and contractors from which individual colleges make their selection, the commissioner could provide pre-selected lists to individual hospitals for procurement; even engage pre-selected hospital administrators to enable doctors to concentrate on healthcare.

Such a systemic change would have three advantages. First, it would obviate the need for heads of hospitals to look for constant protection, by building a buffer between the medical superintendent and medical bureaucracies. Second, it would bring economies of scale and efficient utilisation of medical services. Finally, as Dr Mahesh Misra, chief of AIIMS’s trauma centre has put it, "computerised networking of all hospitals throughout the city is essential to optimally utilise the total bed resource for needy patients and reward high performance."

But such a system will work only if there is a willingness to devolve authority on an independent organisation accountable for efficient hospital management. The moot question is whether this aspiration can ever surmount the eagerness to wield patronage and protect one’s turf - concerns which unfortunately seem to matter more.