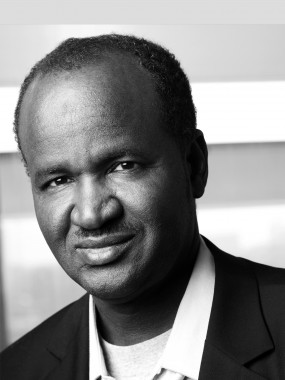 Professor Ousmane Sidibé appointed chairman of the Commission for Truth, Justice and Reconciliation in Mali

The Council of Ministers of Mali has designated on Monday, August 3rd , 2015 Ousmane Oumarou Sidibé, Professor at the Law and Political Sciences Faculty from the University of Bamako, as President of the Truth, Justice and Reconciliation Commission (CVJR).

Trained both in Mali and France, he has been elected Minister many times between 1993 and 2000: Minister of Employment, Minister of Public Service and Labour, Director General of the prestigious École nationale d’administration, Minister of State Reform, coordinator of the African Program for workers’s participation. Ousmane Oumarou Sidibé is currently the political secretary of the Union for the Republic and Democracy governing body (URD), one of the main leading Malian opposition.

He has written several books and led many studies especially on Labour Law. To know more about his publications.

He is a member of the strategic committee and correspondent member of the Nantes Institute for advanced study (France) and former Fellow of the institute (2012-2013).

Truth (and Reconciliation) commissions are non-judicial investigative government agencies created to clarify a period of internal violence, helping society to critically confront their past, make recommendations and to prevent such events from recurring.

The Commission for Truth, Justice and Reconciliation (TJRC) in Mali was officially created in January 2014 for three years. Its work covers the period from 1960 to 2013 and covers all the causes of the conflicts that affected the north of the country.

The Truth, Justice and Reconciliation Commission (CVJR) is composed of qualified and independent persons who will be able to listen to victims of all forms of political repression and grave violations of human rights perpetrated by governments and armed groups and can recommend reparation measures for the victims as well as extensive state reforms that include the introduction of guarantees of non-recurrence of human rights violations and respect for the rights of all citizens, without exception.