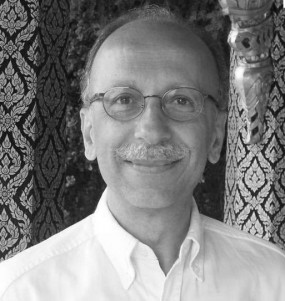 Lecture by Michel Bitbol: "The naturalistic conception of consciousness through Socratic dialogue"

Michel BITBOL is a CNRS research director at the Archives Husserl, ENS, Paris. After some scientific research from 1978 to 1990, he became interested by philosophy of physics. He translated and commented texts by Erwin Schrödinger, and developed a neo-Kantian interpretation of quantum mechanics. In 1997, the Academy of Moral and Political Sciences awarded him the philosophy of science Grammaticakis Neumann-price. Thereafter, he focused on the links between the philosophy of quantum theory and the philosophy of mind, and worked closely with Francisco Varela in the wake of this work. He recently worked on a conception of consciousness inspired by an epistemology of knowledge in first person.

His research interests are: the history of physics in the twentieth century (Erwin Schrödinger); philosophy of modern physics (quantum mechanics, quantum field theory); the general philosophy of knowledge (Epistemologies transcendental, Kant neo-Kantian); philosophy of mind (consciousness and the concept of physicalism).

In the contemporary debate on consciousness, the dualist and physicalist thesis considered as diametrically opposed have actually a common shortcoming.

The inability of these theses to grasp the specificity of being-located and their correlative tendency to reify it is the key issue.

Dualistic and physicalists  maintain that gap, for the simple reason that they share a naturalist presupposition.

In order to get out of this dead end, and the false opposition, the naturalist presupposition it is needs to be radically questioned. This requires to admit that the question of consciousness is not decided on the field of theories of nature, but on the life and postures we adopt. But if this is so, the philosophical method used to debate must be adapted.

A philosopher determined to get to the bottom of the consciousness  question can no longer just talk of his being-situated as if it were an abstract entity; it must be concretely, in person, in the space of possibilities drawn by philosophical activity. It must locate himself/herself in a contradictory dialogue where each speaker is willing to commit, beyond the discourse, to what he/she is when he/she speaks.