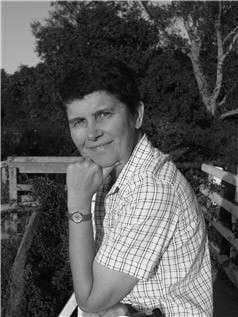 Lecture by Mary S. Morgan : "“Poverty Measures: Aggregating Up to Get Back Down Again”

Tuesday May 5th 2015 at 6pm at the Simone Weil Amphitheater

The lecture will be in English.

Mary S. MORGAN (Fellow of the British Academy and Overseas Fellow of the Royal Dutch Academy of Arts and Sciences) is Professor of History and Philosophy of Economics at London School of Economics and University of Amsterdam, and is a Visiting Fellow at University of Pennsylvania. She has broad interests in how social scientific and statistical knowledge is formed, developed and finally used in both academic and public domains. Following work on observation, modelling, visualization and experiments, she is currently interested in cases studies, case-based reasoning, the possibilities of narrative explanation and questions of performativity. Her most recent books include How Well Do Facts Travel? (2011, edited with Peter Howlett) and The World in the Model: How Economists Work and Think (2012).

“ It is clear that different measurements of poverty are good for different things - some for figuring out causes and so designing interventions, some for mobilizing action, and some for rhetorical power. In other words, different measures can be used to do different work. It is also clear that different measures of poverty have different characteristics, and one of the most important (and often underrated) quality is the level of aggregation they involve.  This lecture explores the nexus of relationships between levels of aggregation in numbers used in the public domain and kinds of work they can do using the case of Charles Booth’ poverty measurements in the late nineteenth century.  The case also provides materials for considering how a measuring strategy may, or may not, create possibilities of  ’voice’ for those measured, as well as measuring their economic well-being.”  Mary S. MORGAN