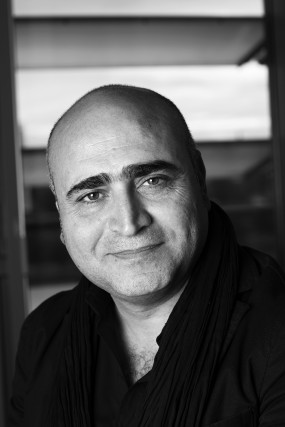 Lecture by Abaher El-Sakka: "The socio-political dynamics in Palestinian society"

Tuesday, December 8th, 2015 at 6pm at the Simone Weil Amphitheatre

He got his degree of Specialized Management of Social Systems, in HIgher National School, of Social Security (Ecole Nationale Supérieure de Sécurité Sociale (ex-CNESS), Saint-Etienne, France. He holds a Master DEA (Master Degree, Sociology, University of Nantes, France in 1997. He has a PhD in Sociology, University of Nantes with distinction (unanimous jury commendaton with honour) in 2005. He was a Researcher and lecturer at the University of Nantes from 1998 to 2006 and is currently a professor at Birzeit University at the department of social and behavioural sciences. He is also visiting professor at several universities in France and Belgium. He was involved in several research centres, including the “Institut français du Proche-Orient”. His current research interest focuses on the social history and the historiography of the social sciences. His various research interests focus on studies on Artistic modes of expressions, stratefies artistic expressive social forms, social and collective memory, social identity and protest movements; nationalism; social policies; social mobility and politicial practices.

The conference will also discuss the signing of the Oslo Accord and the establishment of a Palestinian autonomous power over an insignificant part of Palestine which already saw the creation of a "new State", the state of the Palestinians. The Oslo Accords ended in open conflict, the current Palestine no longer resemble the one evoked by these Accords. Symbolic independence, symbolic nationality, symbolic return: would the Palestinian state be reduced to a new form, that of a state-symbol?