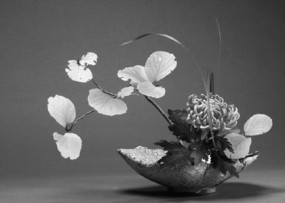 Fellows invited at IAS-Nantes for the academic year 2013-2014 will arrive at the Institute as of September 1st, 2013.

Here is the list of researchers that will be hosted at the Institute this year. For more details on their research projects and biography please see the dedicated webpage “2013/2014 Fellows”.

Unless otherwise mentioned, Fellows are staying in IAS-Nantes from begining of October 2013, until the end of June 2014.

“Between person and property: Towards a socio-legal history of the slave mother in early-modern Ottoman society.”

“Strangers and the Strangeness of the Sacred: Animals, Birds, Fish, Snakes, Demons and Gods as Prophets in Miniature Paintings of the Ramayana from Chamba.”

“Post-socialist transformations of the labor relations in Russia: whether it was successful in making a breakthrough to freedom.”

“Work and safety, in times of democratic capitalism’s metamorphosis: fields of tensions in the informational bases of justice.”

“Aging in the South: social and economic condition for the elderly in Senegal.”

“The prophet of Islam and literature” and “Shadows and Traces: the city of Nantes”

“Transfer of duties, status opportunism and survival of the dogaris or royal servants in Northern Cameroon.”

“Epistemology and science of new interfaces.”

“Discovery, narrative and power: inquiry into the deployment of imperial Europe in Bartolomé de Las Casas and Jean de Léry.”

“For a good research administration.”

“Saint-Louis and its surroundings as places of identity ‘dilution’. Partial history of the Haratins from Senegal (19th-21stcenturies).”

Philosophy and sociology of law, University of Perugia (Italy)

“Citizenship and safety and security policies.”

“The Indian economy in the 18th century: Stagnation or Growth?”

“From slaves to subordinates in the history of Madagascar, social mobility and sanskritisation.”

“An idea of Labour Law for informal Economic Activities.”

“Philosophy and Gnosticism in Late Antiquity.”

“Beyond Modernity: Religion, Culture, Nation and the dream of non violence”