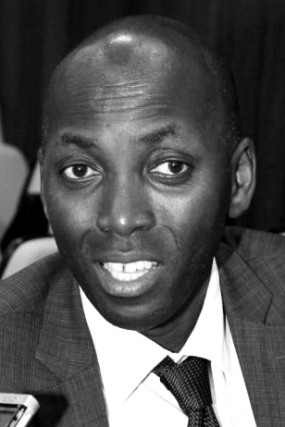 Conférence of Augustin Emane, Assistant Professor at Université de Nantes, Corresponding Member for IEA on "What can we learn from ’Albert Schweitzer, une icone africaine’ " on Tuesday, June 11th, 2013, à 6pm in the Simone Weil amphiteatre

For the publication of his book Albert Schweitzer, une icône africaine (Fayard, 2013), Augustin Emane proposes a conference that will take place at the Simone Weil amphitheater, on Tuesday June 11th 2013, at 6pm.

“On April 16th, 1913, Albert Schweitzer, a Protestant theologian, musician, organist, philosopher, and physician arrived in Gabon. He first moved into the Andendé Protestant mission in Lambaréné before building, a decade later, a hospital in Atadiè.

Considered by Life magazine in 1947, as “the greatest man in the world”, or as a “living legend” by Der Spiegel in 1960, Albert Schweitzer received the Nobel Peace Prize in 1952. Yet, nearly fifty years after his death, his name no longer means anything to most westerners, not even in France. In Gabon, the country where he stayed from 1913 to 1917 and from 1924 to his death in 1965, the situation is very different. While one would think that Schweitzer would become a reviled figure of the colonial times, it is not so at all. Instead, for those who knew him, Schweitzer is still a valid reference. His name is connected to a medicine that, despite the criticism it attracted, including at the time of the independence of African countries in the 1960s, has seduced those who went to his hospital in Atadiè. Being particularly divisive at the end of his life, Schweitzer continues to divide until today, considering the reactions after the publication of the book.

Yet, far from another trial on this man or from any celebration of a bygone era, the question that arises when one looks at Schweitzer from the perspective of those who knew him, is what we can learn from this man. A priori, nothing new, since there is no revelation of any unknown event of his life! Yet Schweitzer as one can discover him in Albert Schweitzer une icône africaine deserves some attention. For once, the colonized describes the colonizer and projects on him his very own representation of the world, whereas we are mostly in the opposite situation. Therefore, at a time when dialogue between cultures is celebrated, it is particularly interesting to see how icons are born in a colonial and postconial environment. Albert Schweitzer une icône africaine provides an opportunity to focus on two questions that are central today, not only in Gabon, but also in the rest of the world, namely:

• The difficulty to position oneself between the mirage of a universalist vision and the trap of identitarian closure, that authors like Césaire had already mentioned.
• Deadlocks of a medicine forgetful of the unit of the human being and the means to escape from it.”

Augustin Emane is a senior lecturer at the Université de Nantes Faculty of Law where he teaches law on social protection as well as civil and commercial contracts. He is a Correspondent Member for the Institute and for the Point Sud Institute in Bamako.