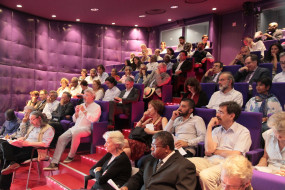 Colloquim "the metamorphoses of State/Entreprise relations"

Wednesday 7th and Thursday 8th 2016 in the Simone Weil lecture hall at the Institute of Advanced Studies Nantes.

The State and the Enterprise are thought of as institutions – or organisations (their definition is precisely part of the problem) – in their institutional, cultural and political dimension. The two notions State/Enterprise are not equal. There is a unity of State exercising sole authority over a territory, whereas there is a wide variety of companies, including public. Is a company an institution? What defines a company? Is it the right of free enterprise? And is the State defined by “public interest”? How far does public interest go?

State and Enterprise are producers of cultures, signs, rites, symbols, knowledge and social representations, such as the distinctions between “private/public” or “public interest/private interest”. The State has a broad mandate and embodies the public interest, public service, the nation or justice, while Enterprise embodies efficiency, profit and production.

However, the public sector is not limited to the central State: public authorities take many diverse forms. In France, the State seems almost sacred, even though it is becoming weaker, while big business is often the target of criticism or mixed emotions (love/hate), although it has tended to become stronger on a global scale.

These institutions or organisations are grounded in legitimacy and contribute to the way we think about society, or even provide us with turnkey thought processes. They produce intellectual, social and political “hegemony”. How are State and Company relations metamorphosising in a time of globalization and rapid and widespread technologisation of societies?

If you would like to take part in this conference, please fill in le formulaire d’inscription

> Session 1: State and Enterprise – genealogy of their relations

> Session 2: State and Enterprise – the future of their relations

Romain Laufer (HEC), “State, Enterprise, Management: can we do without uncertainty?”

Michel Volle (X-ENSAE and doctor in history, economist, co-chair of the institute of economy): “Company anatomy: pathologies and diagnostics”.

> Session 3: The State, public interest and the public service

Jacques Fournier (Council of State): “Between State and enterprise: what future for the public service?”

Marc Chopplet (IAS-Nantes): “The State versus Enterprise: does it have the monopoly on violence?”

> Session 5: Management by numbers and accounting

Samuel Jubé (IAS-Nantes): “Accounting standards and the promise of a non-state controlled economy"

Jean-Philippe Robé (member of the Paris and New York bar): “The role of enterprise in the system of power”