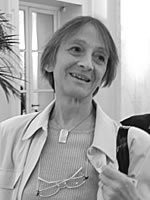 Can we build a "national religion" ? Conference of Roberte Hamayon

Building a national religion has been, from the fall of the USSR, a major concern of two autonomous republics in Siberia, Yakutia and Buryatia, which had an active policy in this regard. The problem, complex, was new. Under the Empire, the Orthodox Church had Christianized peoples of Siberia. Then the Soviet regime had wanted to eradicate any form of institution and religious practice. Changes in lifestyle, migration and mixing of populations did the rest: Communism had become the only landmark.
But now, suddenly, return to the traditions and identity assertion prove to be possible. Both republics where Russians, the majority in government and in the population, want to take their distance from Moscow, have the impetus to declare their sovereignty. They choose to allow themselves autochthonous identity support. Yakutia opted first for a form of neo-traditionalism (giving institutional structures to shamanism), Buryatia, opted for a kind of millenarian utopia (by making Geser an epic hero, an echo of Roman Caesar, a cultural emblem, which soon coincides with Genghis Khan).
We will briefly recount these attempts to try to understand their failure beyond circumstantial reasons; what does it take to build a "national religion"?