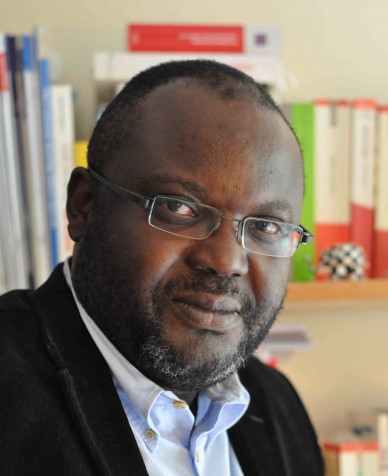 Jean-François Akandji-Kombé’s area of research are :

- Changes in social law: human rights and social rights; interactions between private and public law in social law; international and European legal dynamic in employment law; Comparative Social Law (application of international and European standards; mutations of social law related to the crisis in France and Portugal).
- Developments in Fundamental rights: reviewing  of legal issues related to social rights (international dimension: ILO standards and International Covenant on Economic, Social and Cultural Rights - European dimension: European Social Charter); fundamental rights and economic crises; the renewal of the theories of the rule of law.
- State, Law and Order in Africa, the new paradigms: African Constitutionalism; Legal refoundation of the state: the case of the Central African Republic; the fight against impunity in African law.
His research is carried out within the Labour Law Department of the Institute of Legal Research of the Sorbonne (IRJS), from the European Academic Network on social rights and the Pan-African Institute of Action and Prospective.

After  teaching at the University of Caen (France) where he also served as Vice President of the University and as Dean of the Faculty of Law, Jean-François Akandji-Kombé currently is Professor at the Law School of the Sorbonne, University of Paris 1 Panthéon-Sorbonne, where he is one of the co-director of the Department of Social Law of Legal Research Institute of the Sorbonne and of the Research Master Social Law of Paris 1. As coordinator  he takes part in various research programs on human rights, constitutionalism, social law, international and European law, and is also involved as visiting professor in several European and African universities. In particular, he is in charge  of the refoundation of the doctoral School of the University of Bangui for both  legal and political disciplines. He is the coordinator for the following thematic research cycles: "Social law between public and private law", "Equality and social right" (currently being published) and "Public-administration law and labour law."

In addition, Jean-François Akandji-Kombé was one of the architects of the creation of the International Human Rights Institute for Peace (IIDHP) of Caen where he was the General Secretary from 2009 until his appointment at the University of Paris 1 in 2011. He is also General Coordinator of  the European Social Charter and Social Rights  and member of the board of the French Association for Labour Law and Social Security (AFDT) . In December 2014, he initiated the creation of a Pan-African Institute of Action and Prospective (IPAP), dedicated to reflection on African issues and action across the continent, starting with the Central African Republic. Amongst the immediate actions: the organization of International Meetings of Bangui (RiB), scientific meetings; writing of an education manual for peace for Youth (action "Siriri"); and creation of a platform to prepare the  Bangui forum for reconciliation. IEA of Nantes is a partner of the IPAP.