Recherche
Facebook
Twitter
LinkedIn
YouTube
Intranet
Suivez-nous
road_vous_etes_ici
Accueil
>
Actualités
>
To Be or Not To Be … a Global Citizen: Three doctors, three empires, and one subcontinent. 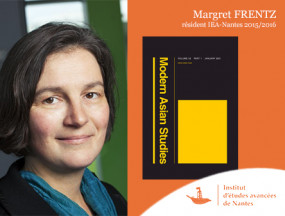 To Be or Not To Be … a Global Citizen: Three doctors, three empires, and one subcontinent.

This article investigates the circular intra- and transimperial movements of medical experts from colonial India in three imperial settings. The analysis of the trajectories of José Camillo Lisboa, Paramananda Mariadassou, and Mary Poonen Lukose highlights, first, how crucial freedom of movement—not only between parts of the same empire, but also across empire borders and between their metropoles as well as their colonies—was for individuals; secondly, how questions of citizenship, the recognition of degrees and certificates, and notions of gender, race, class, and place of origin played a role in enabling or preventing Indians living in Portuguese, French, or British India from studying or working elsewhere; and thirdly, how this in turn had an effect on their potential social mobility, which depended on the historical contingency of time and place, and the opportunities and limitations in these contexts. The article argues that through their chosen careers and their sociopolitical activities they expanded conventional notions of citizenship and lived as global citizens.