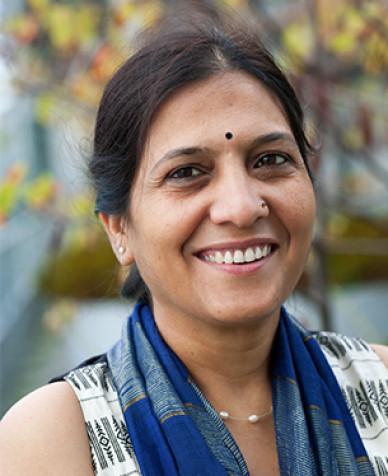 "Vedic chanting is one of the oldest or perhaps the oldest chanting traditions of the world. It is believed that the theatrical practices of Indian subcontinent and through it of other cultures have been inspired by the Vedic rituals. The positioning of the priests in the Vedic sacrifice is already proto-theatrical. The Dramaturgy of traditional India envisages four kinds of acting aangika (acting with the character), aaharya (acting through costumes) and vacika (speech patterns from speech to musical formations). Vacika of the theatrical practices in India and other South-East and East Asian countries seem to have their roots in Vedic enunciation. In a way the presence of Vedic chanting practices in such theatrical practices reflects subtly a certain history of participation and continuity and participation of these cultures."

I have been working on various traditions of Vedic Chanting in India. I feel and, in fact, know to a certain extent that Vedic Chanting and related rituals have relationship with performing arts of India and South East and East Asian countries. Theatre directors like Habib Tanvir, on whose theatre I have written a lot, believed that in India the theatrical practices originated from Vedic rituals. Kudiyattam, a dance-drama form of South Indian state, Kerala, has a very unique enunciation style; it can only be understood in its relation with Vedic Chanting. Many such examples can be given which would substantiate my thesis that performing arts have originated from Vedic and other rituals. I am trying to find more tangible links between these two.

In last few years I have published, apart from poems, short-stories and translations, two books on Sanskrit theatre. One on the first Sanskrit playwright, Bhasa and other on the presence of traditional dramaturgy in contemporary theatrical practices like that of Kavalam Narayan Panikkar(South India, Kerala), Ratan Thiyam(Northeast India, Manipur) and Habib Tanvir (Central India, Madhya Pradesh).