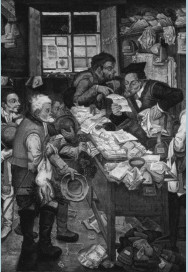 Workshop: A New Political Economy of the Global Order ?

This is the second in a series of three workshops on contemporary global capitalism supported by the Nantes Institute for Advanced Study. The first ,’Inequalities in Global economies: When the Rule of Law Rings Hollow’, was held June 19-20, 2014 also at the IAS-Nantes.

The workshop will address possibilities of a new political economy of the global order in the post-2008 crisis era when the very premises of that order are questioned and attempts at restructuring are underway. It will raise the question whether it is possible to have politics in the global economic environment that speaks   to the concerns of workers, peasants, middle classes the unemployed, the displaced and not exclusively to those of transnational business and banks; whether it is possible to transmit the concerns of large populations which have been reduced to victims unto the global level, conversely, raising the question if all politics is national or local