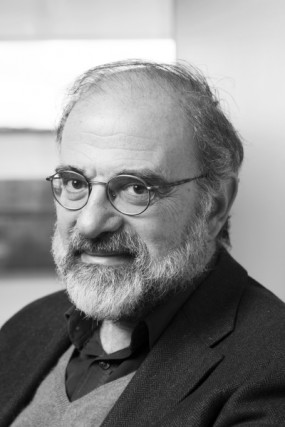 "The head of a prestigious scientific institution recently said, by paraphrasing a famous quotation: “we solve problems that are posed, not that we pose”. This view totally misses the history and role of human knowledge construction and prepares wrong ways for evaluating it.

Science is not problem solving, it is theory building. Any relevant, difficult problem requires the construction of a new theoretical frame to deal with the problem in an original and effective way. Moreover, problems follow from the proposal of a theory.

Animals continually solve problems that are posed to them by events. We, the humans, by language, in our communicating community, we looked at the Moon, at the Stars, which pose no problem, and invented Myths and Theories, and derived from them countless problems. We also looked at inert matter, a stone, some sand on a Greek beach, and proposed the atomistic theory. Science originated by these attempts to organize the world by concepts and theories. Later, it was radically renewed by looking again at planets, but from a different perspective: from the point of view of the Sun, on the grounds of a different metaphysics, which lead to a theoretical revolution. It was also renewed by looking at two falling stones in an original way and at physical trajectories as inertial, at the infinite limit of a non-existing frictionless movement.

As a matter of fact, science is not the progressive occupation of reality by known tools, it is instead the definition of the very objects of knowledge, the construction of new perspectives and of new conceptual frames. Problems follow from these active constructions of knowledge, interact with it. Relevant problems, posed within a given theory, require a new insight, a change of perspective, often a new theory. And in the history of science, theories can be hardly distinguished from philosophical thinking. This may be implicit, but further novelties and critical reflections are enhanced by explicit philosophical frames, sometimes also in interaction with the arts and their proper knowledge content and expression (Weyl, 1952; Angelini, Lupacchini, 2013; Longo, 2011). This interplay is at the core of the history of mathematics, physics, biology; it reached a very high intensity in some of the most productive moments of our cultural and scientific invention, the vi-iv centuries BC in Greece, the Renaissance and during the decades of formation of xxth-century mathematics, physics and biology, bridging the last two centuries.

In contrast to this, one prominent physicist stated once that “the philosophy of science is about as useful to scientists as ornithology is to birds”. And birds are very good at solving their problems. Yet, can one set apart the scientific work by Darwin, Riemann, Poincaré, Bohr, Einstein, Schrödinger… from their philosophy of knowledge and of science? As a matter of fact, in the mind of most managers of science, this critique of philosophy covers also the theoretical aspects of science, as they always border each other. So, government’s policies in financing science must be justified by their role in solving the country’s problems and by their accountable economic fall-out—stated the French Cour des Comptes (the constitutional Accounting Agency) a few years ago. In either case, science, with no philosophy, is viewed as applied problem solving, with immediate or short term economic results. This misses the actual role and history of culture and science, which radically modified the human condition. Science and culture crucially contributed, often by “enabling” in a highly unpredictable way and in changing economic and social contexts, the dynamics of our societies."