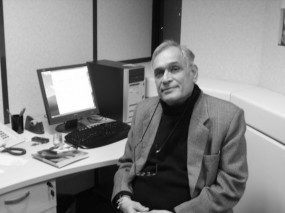 History of Ideas and Cultural Anthropology has been the two disciplinary salients from whence he has sought to understand, speak and write. The thematic ground that connects the two salients in his work is modernity and the modern world in India at two deeply related but historically-cognitively distant unrelated levels:
1. Encounter with modernity and modern world of the India historically visible and effective, the principal site whence the modern unfolds - as mode of cognition-discourse and as economic, social-political arrangements grasped, lived, contested -and acquires definitive presence. It is the India written about largely as history, politics and economics.
2. Encounter with modernity and the modern world of Tribal India, historically of little consequence and visibility, and the principal civilizational site of complex adjustments and contestations - as modes of cognition, cultural practices, crafts-technology and social-political arrangements -- between the worlds of settled agriculture and nomadic shifting cultivation. It is the India written almost entirely as Anthropology-Ethnology.

Some of the propositions through which he seeks to bring the two levels of encounter into conversation could be spoken of as: modern universality and universals in Indian civilization, distinctness, distant and diversity, change and progress, identity, culture, local and universal. Specifically, the attempt is to explore the deep and profound tension between the universals of Modernity and the universals of civilizations prior to it; and to reflect on the possibilities of conversation between different civilizational categories and modes of comprehension-validation.

Currently also working on two studies: Hinduism and the Colonial Experience, and Comparative Reading of St Augustine’s Confessions and Gandhi’s My Experiments with Truth.

Tribal Identity and the Modern World, Sage and UNU Tokyo, 1994.