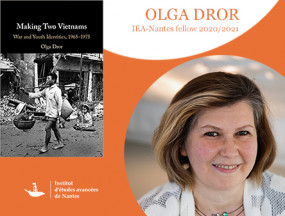 We are familiar with the history of the division of Vietnam in 1954 into two states, the Democratic Republic of Vietnam in the north and the Republic of Vietnam in the south. What started out essentially as a civil war turned into one of the bloodiest conflicts of the Cold War. Much of the scholarly, and indeed popular interest in the history of this period has been about the bitter and divisive American experience of the war. But beyond the military conflict we are much less familiar with the everyday live of the youth in the two opposing states. Olga Dror’s Making Two Vietnams: War and Youth Identities, 1965-1975 (Cambridge UP, 2020) is a rich and fascinating study of how Vietnamese youth in the two states experienced this tumultuous period in very different ways. Dror also argues that much maligned South Vietnam deserves fairer treatment in the history of the Vietnam War.