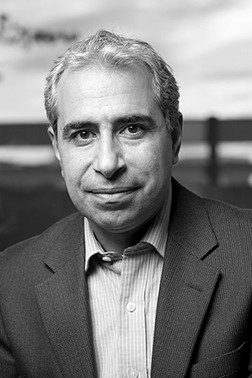 Workshops and lecture "Islam between Tolerance and Terrorism"

Workshops and lecture at the Institute of Advanced Studies of Nantes
Tuesday June 16th, 2015 from 10am to 8pm at the Simone Weil Amphitheate


"The massacre at the offices of Charlie Hebdo on 7 January 2015 (and subsequent events such as in Paris and Copenhagen) brought the issue of Islamic terrorism again to the forefront. Like in many similar incidents before, analysts did not miss the opportunity to speculate about the terrorists’ motives. Yet, since the attacks of 11 September 2001 in New York and Washington, there has been no serious conversation around the religious factors that contribute to the phenomenon of Islamic terrorism. If religion is invoked, it is invariably either in the context of polemics (Islam is a religion of violence), or apologetics (Islam is a religion of peace and condemns such acts of violence). A conversation about the role of religion is one that must be made." Suleiman MOURAD

Workshops will be led by Suleiman MOURAD, Professor of Religion at Smith College, USA and former Fellow of the IAS-Nantes (2013-2014), and with the participation of :

Workshops in english and translated in french

Read more about the workshops

Lecture in english and translated in french

Islamic terrorism has religious and historical roots and factors that contribute to its formation and bestow legitimacy on those who commit acts of terror in the name of Islam. There is also a rich legacy of religious and ideological diversity and tolerance in Islam that has inspired many Muslims in the past and today and shaped their way of life. These two discourses have often clashed, and in certain situations one totally eclipsed the other. The objective of this lecture is therefore to draw the attention to some of most important religious and historical roots and factors that empower and legitimize each of the two discourses, and also argue that the empowerment of the discourse of tolerance cannot be achieved without delegitimizing the roots and factors that exonerate and venerate violence.


Suleiman Ali MOURAD is Professor of Religion at Smith College, USA and former Fellow of the IAS-Nantes (2013-2014)

His research focuses on Qur’anic Studies, Jihad ideology during the Crusader period, symbolism of Jerusalem in Islam, and the presentation of Mary and Jesus in the Qur’an and Islamic scholarship.

He is the author of Early Islam between Myth and History (Brill, 2006), co-editor of Jerusalem: Idea and Reality (Routledge, 2008), and co-author of The Intensification and Reorientation of Sunni Jihad Ideology in the Crusader Period (forthcoming by Brill, 2012). He has received numerous fellowships and grants, including the National Endowment for the Humanities and Mellon Foundation. He has B.S. (Mathematics) and M.A. (History) from the American University of Beirut, and M.Phil. (Religion) and Ph.D. (Arabic & Islamic Studies) from Yale University. He is also the current President of Middle East Medievalists (MEM), a scholarly organization of specialists in the study of the history of the Middle East.