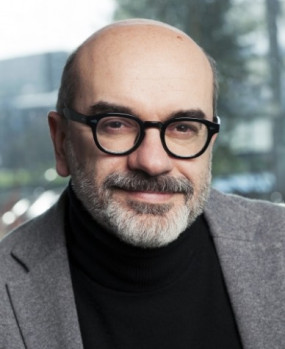 Extract from the chapter resulting from Vando Borghi’s collaboration following his stay at the Foundation of the book "Science and Scientification in South Asia and Europe" by Axel Michaels, Christoph Wulf, Routledge publishers.

“In this role, using Bauman’s terms (as Burawoy himself does, 2008: 385), sociologists should act more as sensitive interpreter than as omniscient legislator, a sensitive interpreter interested in the co-evolution between her/his own scientific vocabulary and the heterogeneous knowledge resulting from social actors’ experience of different issues. Deepening the relationship between sociology and critique, Luc Boltanski (201 1) draws a seminal map of the possible sociological posture of observation. His map presents some possible configurations of the ways the relationship between sociology and critique can be structured, shedding light as well on the terrain concerning the issues - reframing the
transformation of knowledge into informational basis and the role the human right to research plays at this regard - here discussed. Briefly said, Boltanski (2011: 75-76) identifies two possibilities for dealing with the social reality as (critical) researcher. The first one consists of describing ’a social world already there’ It is a model working as a cartography of structures, in which any individual is thrown, structuring and conditioning actors behaviour at their shoulders, in this way to what Chakrabarty describes in terms of a historical narrative (History 1) resulting from the unfolding of the abstract logic of capitalist development: a history already made, in which all places and persons are ’exchangeable
with one another’ (Chakrabarty 2000: 71). Here, descriptions are drawn from the top, ’more or less bracketing human persons envisaged insofar as they act (as actors)’ (Boltanski 2011: 43-44)”