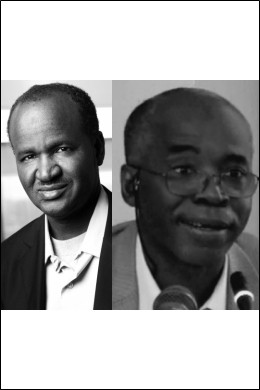 The round-table conference organised at the Institute on November 26th was following the publication of the book "Mali : entre doute et Espoir : Réflexion sur la nation à l’épreuve de la crise du Nord" (’Mali, between Doubt and Hope : a Nation facing the crisis in the North’) published by Editions Tombouctou. The discussion gathered Doulaye Konaté, who directed the book, and Ousmane Sidibé, former Fellow of IAS-Nantes and contributor to the book. The round-table conference was presented by Ibrahima Thioub, historian, Associate Fellow of the IAS-Nantes.

The video recording of the debates is now available.

Note: All the recordings of our public lectures can be found on the webpage "IAS videos"