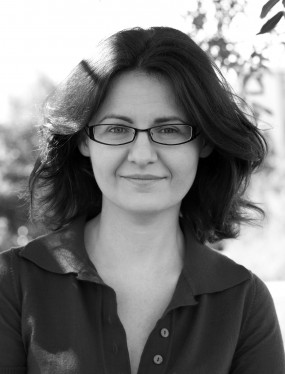 The presence of the Russian Empire in Palestine: Between domestic policy and international strategies (1847-1917). Conference of Elena Astafieva

Imperial Russia settles in Palestine in 1847 through the creation of the ecclesiastic Mission in Jerusalem. This event is part of a boarder process of investment in Palestine by the European Great Powers, investment defined in historiography as "the invention of the Holy Land." It comes after Syrian-Egyptian war of 1839 and the first project of internationalization of Jerusalem under the auspices of the major European powers. The invention of the Holy Land also appears as a reaction to the new secular ideologies - liberalism, socialism, nationalism - that threaten the religious values of Western societies. In the 1840s the Holy Land evolves from a "heavenly place" to an "earthly place", and Palestine, Arabian outskirts of the Ottoman Empire, but the center of three religions, becomes a place of confrontation for the religious and geopolitical interests of the major European countries, including the Orthodox Russian Empire.

The presentation to the Institute for Advanced Study of Nantes, based on her findings in the archives in Russia, France, the Vatican and Italy, is devoted to the analysis of two main issues:

Elena Astafieva graduated in history at the State University of Humanities in Russia (RGGU, Moscow). She has a doctorate from the Ecole Pratique des Hautes Etudes (EPHE) in History and Religious Studies. Her research area focuses on the history of the Russian Empire from 1772 to 1917.
Her thesis "The Russian Empire and the Catholic world between representations and practices, 1772-1905" examined the functioning of the Russian Empire through the management of religious and national minorities. It will be published by Editions Les Belles Lettres under the title "Between the Czar and the Pope: the Russian Empire and the Catholic world, 1772-1905".In her postdoctoral research at the EHESS (2007-2008), Columbia University (2008-2009) and the Collegium of Lyon (2009-2010), she analyzes the various aspects of the policy of Imperial Russia in Palestine in the years 1840-1920, by studying the interaction between the Russian diplomacy, science and the Orthodox Church in the region. In April 2009, at Columbia University, she organized an international symposium on Great Powers in the Holy Land: From Napoleon to the Balfour Declaration.
Since 2007, E. Astafieva teaches at the EPHE as responsible for lectures on "Intellectuals in the Russian world, in the nineteenth and twentieth centuries." Currently, she conducts her research under the Centre for Studies of worlds Russian, Caucasian and Central European (CERCEC, EHESS-CNRS).