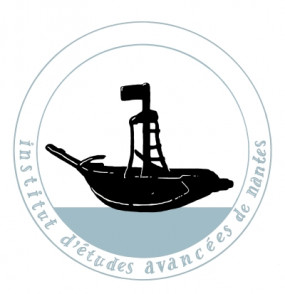 Created in 2008 as a state-approved public benefit foundation, on the initiative of Professor Alain Supiot and together with the support of Nantes Metropole and Veolia Water, the Nantes Institute for Advanced Study is an independent and original research institution based on the model of the Institute for Advanced Study in Princeton (1930). One won’t find permanent researchers but annual promotions of thirty fellows, invited on an extremely selective basis.

Today directed by Dr. Samuel Jube, the Institute of Nantes promotes fundamental research to shed light on the institutional foundations of human societies that are deeply shaken by the globalization process. The researchers promotions welcomed to Nantes meet on an equal footing scholars/intellectuals from all continents, therefore creating the conditions for a genuine "dialogue of civilizations" and weaving over the years an international network of researchers, unique of its kind.

Since its creation, the IAS-Nantes inspired the development of other institutes in Paris and Lyon, Marseille, as part of the French network of IAS (RFIEA). Its special excellence has earned it these recent years, several international awards including the creation of a Chair of studies on a working partnership between France and the ILO, the financing of a chair by the Swiss government, or its designation as coordinator of Indian-European Advanced Research Network (IEARN) supported by the Riksbankens Jubileumsfond.

One last step has been taken in this international recognition, with the admission of the IAS-Nantes in the SIAS consortium (Some Institutes for Advanced Study), which brings together the best Institutes for Advanced Studies in the World (Princeton, Harvard, Stanford, North Carolina, Berlin, Uppsala, Wassenaar and Jerusalem). The "G8" of IAS’s invited the 24th June 2015 the IAS-Nantes to become a member, thus giving it the highest possible distinction. This International consecration opens doors for the IAS-Nantes to new strategic collaborations which will benefit the local, regional and national scientific community.