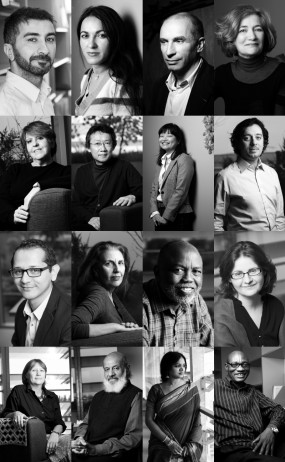 Fellows invited at IAS-Nantes for the academic year 2014-2015 will arrive at the Institute as of next September.

Here is the list of researchers that will be hosted at the Institute this year.

Unless otherwise mentioned, Fellows are staying at IAS-Nantes from begining of October 2014, until the end of June 2015.

“A history of Islamic philanthropic foundations”

“Memory and identity in the African diaspora: the ‘Mozbieker’ community at the Cape, South Africa”

“The best political regime for the Modern times’ reformers”

“Impact of theater in raising beneficiary awareness about rights and entitlements”

“When Europe meets the Other: history, otherness and imperialism in the writings of Gomes Eanes de Zurara and Bartolomé de Las Casas”

“The great texts of industrial religion and management. A critical anthology”

“The role of teleology in the biological knowledge”

“A critical theory of money”

“The ‘politics of prices’: quantification, power and protest in Mauritania and Morocco in 2000”

“Exploring the self-reflective properties of literature”

"Building Bridges Between Biology And The Humanities"

“Vicissitudes and false pretences in the bankruptcy of a Member State of the European economic and monetary union: the case of Greece”

“Sovereignty and territory in interaction: a diplomacy of Imperial contact in West Africa (late18th-early 20th century)”

Law, Collège de France, Founder and former Director of the IAS-Nantes, President of the Strategic Committee

“Beyond modernity: religion, culture, nation and the dream of non-violence”

“Theories of the living and medical practices”