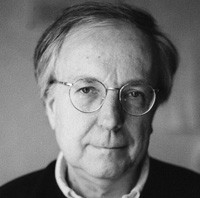 Tension between descriptive and normative dimensions has always been at the heart of statistics, being at the same time tool of government and tool of evidences. Michel Foucault associates, in Naissance de la biopolitique, the emergence of statistics in the 18th century, to the issue of governing populations, distinct from the pure exercise of sovereign power. But he does not explore this intuition.

In the 19th century, normality and normativity are closely intertwined in Quetelet’s work on the "average man", presumed to be both normal and ideal. The expression "normal law" refering to the "Gauss law" appears around 1875 with the German statistician Lexis, about a supposed "normal length of life" (Canguilhem takes up these ideas in Le normal et le pathologique). At the end of the century, Pearson and Galton new tools of "biometrics" introduce another normativity, that of the eugenics doctrine, which aims to "improve" the human body and "select the best", in the same way one "improves" pets.

In the 20th century, the evolution of statistical tools accompanies changes in the "normal" role of the State, statistical indicators always expressing at the same time a description of the world, goals to be achieved and more or less successful efforts to achieve these goals. Research on the History of Statistics drew attention to the relationship between statistical categories and law, insofar as law pre-formats objects to quantify by enclosing them in a normativity of its own. This is also one of the difficulties of "international comparisons" and "benchmarking", which have become major tools for the governance of neo-liberal societies, as evidenced by the European "Open Method of Coordination ’(OMC) or classifications such as Shanghai.

Alain Desrosières is a French specialist in the history of statistics. He graduated from Ecole Polytechnique (Promotion 1960) and ENSAE (Promotion 1965). He is administrator of the INSEE, where he was editor of the journal Economics and Statistics from 1973 to 1974, and Chief of the Division of Social Studies from 1983 to 1987. He is a sociologist, statistician and historian at the EHESS, where after a long period in the Group of Politics and Moral Sociology, he joined the Centre Alexandre Koyre Centre for History of Science.
He is the author of numerous publications, including La politique des grands nombres: histoire de la raison statistique (Paris, La Découverte, édition originale de 1993) which has been translated into several languages: English (Harvard University Press, 1998) , Spanish (Melusina, 2004) and German (Springer Verlag, 2005). The book traces the history of the statistics in the eighteenth century with the birth of a science of the State on one side and the work of astronomers of the 1930s on the other side and the birth of econometrics.