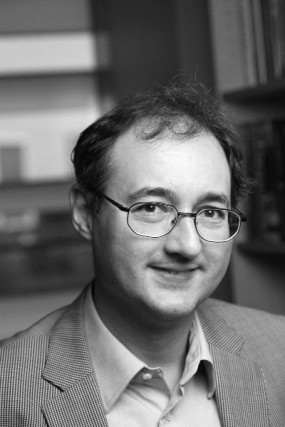 Dr Andreas RAHMATIAN is a Senior Lecturer at the University of Glasgow, School of Law, since January 2010 where he teaches intellectual property and commercial law. He is a Fellow at the IAS-Nantes.

In his book “Lord Kames”, he re-establishes the importance of the ideas and legal philosophy of Scottish jurist and philosopher Lord Kames.

The Scottish jurist, judge, legal historian and philosopher Henry Home (1696–1782) took the title Lord Kames when he was elevated to the bench of the Scottish Court of Session in 1752. In the 18th century, his books were influential and widely read; the educated classes and representatives of the Enlightenment in England, France and in the German states were all familiar with his aesthetic and philosophical writings.

Andreas Rahmatian explains Kames’ conceptions of legal philosophy, including black-letter law, legal science, legal theory, legal sociology and anthropology in its early stages, setting them in the context of the Scottish Enlightenment. He looks at how Kames came to be one of the forefathers of comparative law, sociology of law, legal psychology and ‘legal science’ in its proper meaning, as opposed to ‘law’.