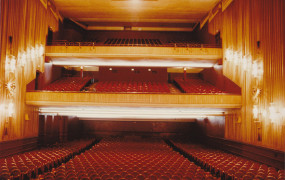 For the first time, this boxed collection presents three documentaries of Pierre Legendre directed by Gérald Caillat and produced by Pierre-Olivier Bardet :
• The Fashioning of Western Man (1996)
• Mirror of a Nation, Ecole Nationale d’Administration (1999)
• Dominium Mundi, The Empire of Management (2007)
(original version and subtitles : French, English)

This box also includes an unpublished 164 page book, a series of short and powerful  writings, L’Homme en meurtrier (the man as murderer) and 11 notes dedicated to the author by French and foreign connoisseurs of this particular work.

Pierre Legendre, Professor emeritus of history of law at the Université de Paris I Panthéon - Sorbonne and director of honorary studies at l’Ecole Pratique des Hautes Etudes (5th section, religious studies) produced abundant work on the foundations of law, religious phenomenon, genealogy, the construction of the State and of Law, the history and practice of management.

Through words, images and emblems, Pierre Legendre shows, in his movies, what makes man stand, this “animal” endowed with words and the authority of power. Ethnologist of the West, his work tirelessly explores the theatrical condition of humanity.

Subscribe to the purchase of the boxes till December 20th on