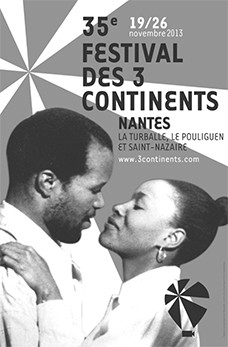 This year, the Institute starts a new collaboration with the Festival des 3 continents (Cinemas from Africa, Latin America and Asia).

In this framework, the workshop ’Produire au Sud’, which is organised by the Festival each year, will be hosted at the Institute from 18th to 23rd November 2013. The workshop aims to familiarize young producers based in Africa, Latin America, and Asia with a variety of important tools and international coproduction techniques by coaching individual projects in development. Six teams of young producers and directors were selected to attend this year’s workshop:

to know more about the workshop Produire au Sud

Note that the Festival organises a special Indian evening Le Passé-Le Présent about the dhrupad music, at Grand T, on November 20th, starting with a concert of Wasifuddin Dagar, a former Fellow of the Institute, and continuing with the projection of the movie Dhrupad by Manu Kaul.

to know more about the event Le Passé-Le Présent