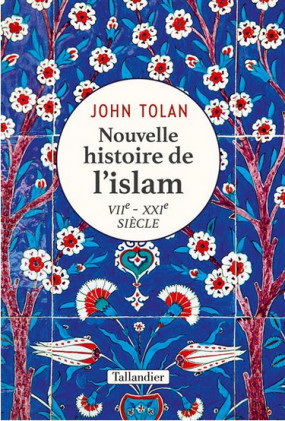 New publication by John Tolan, associate member of the IEA in Nantes: A New History of Islam 7th - 21st Century.

What does it mean to be a Muslim in the 21st century? For some, the essence of Islam would be the sharia, the law that dictates ritual and social behavior, revealed by God to the Prophet and the first community of followers. For others, Islam is a spirituality open to the world, celebrating the diversity of humanity and peace. Such differences are not new.

In this book, John Tolan tells how this last-born of the three great monotheisms developed, not in autarky but in contact with Jewish and Christian religious traditions, in a mixture of Arab, Greek and Persian cultures... He analyzes the foundations and mutations of Islam. This long history shows us that the fractures within a Muslim world that is sometimes open, sometimes rigorous, are as many challenges to the possibility of an understanding between East and West.

John TOLAN is a professor of history at Nantes University. He is a specialist in cultural and religious contacts between the Arab and Latin worlds in the Middle Ages. He is notably the author of L’Europe et l’islam, quinze siècles d’histoire (with Henry Laurens and Gilles Veinstein, 2009), and of Mahomet l’Européen. Histoire des représentations du Prophète en Occident (2018).