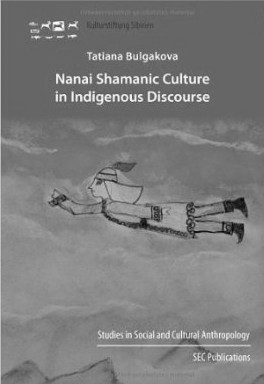 Fellow at IAS-Nantes in 2012-2013, Tatiana Bulgakova is an anthropologist, specilast of the culture of the Nanays, with whom she has conducted flied work since 1980. From 1980 to 1985, she studied at the Institute of Theater, Music and Cinematography in Leningrad, where she completed her first PhD in 1985. Since then, she has been teaching Folklore, Ethnography of the peoples of the North and Social and Cultural Anthropology in Herzen State Pedagogical University of Russia. In 2001 she completed her second (doctorate) PhD on socio-religious aspects of Nanay culture.

She has just published with Verlag der Kulturstiftung Sibirien | SEC Publications a book on nanay Shamanic culture: "Nanai Shamanic Culture in Indigenous Discourse". An electronic version of the book can be downloaded on the publisher’s webpage: link to the pdf document.