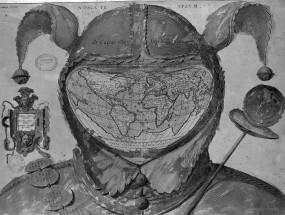 The main theme of the lecture is “East and West: the images of the world”. Ki -Won Hong will speak about the Sinology of Leibniz . Svante Fisher will develop his ideas on Occidentalism projected by westerners themselves. Sudhir Chandra will close the lecture  with his own testimony as a researcher at a cross between the East and the West.

"The purpose of this talk is to highlight a very real problem in Western intellectual tradition – that of the Occidentalism projected by westerners themselves." Svante FISCHER

"However much history, in common with other human sciences, may valorise the notion of ‘reality’ and seek to understand that reality in terms of  its constituent ‘facts’, what moves human beings is their perceptions, and resultant images, of the reality around them. Some of these perceptions and images crystallise into collectively subscribed verities, and emerge as decisive historical forces". Sudhir CHANDRA

- 18h25-18h40  Ki-Won Hong "When European Metaphysics Meets the Philosophy of the Far East: A Reading of the Novissima Sinica of Leibniz."


Currently Sudhir CHANDRA is working on the interplay of religion, culture, and nationalism by focusing on upper caste converts to Christianity, and on the last days of Gandhi.
His research project is entitled: "Beyond modernity : religion, culture, nation and the dream of nonviolence".

Svante FISCHER conducted post-doctoral research as Chargé de Mission at the Musée d’Archéologie nationale in St Germain-en-Laye (France).The main focus of his research is on the Late Roman Empire and the Germanic world of the Migration Period with a comparative approach to Africa, America and Asia in the 19th and 20th centuries. His research project is untitled: "Urban reform and resilience in Late Roman Gaul".

Ki-Won HONG is teaching history of law in South Korean universities. His research area covers not only history of law but also comparative law, aiming at constructing academic bridge linking South Korean scholars to foreign colleagues.
His research project is entitled: "The best political regime for the Reformers of the early modern period".