Recherche
Facebook
Twitter
LinkedIn
YouTube
Intranet
road_vous_etes_ici
Home
>
News
>
Lecture by Yehouda Shenhav : "Beyond the banality of evil: from The origins of totalitarianism to Eichmann in Jerusalem" 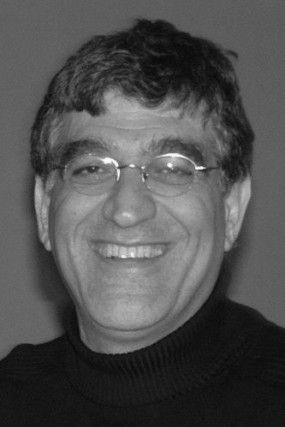 Lecture by Yehouda Shenhav : "Beyond the banality of evil: from The origins of totalitarianism to Eichmann in Jerusalem"

Yehouda Shenhav (Ph.D Stanford University 1985) is a Professor of Sociology at Tel-Aviv University. He was the head of Advanced Studies at the Van-leer Jerusalem Institute (2005-2010), editor of Theory & Criticism (2000-2010), and senior editor forOrganization Studies (2004-2010) His main areas are social theory, sociology of knowledge, management and bureaucracies, ethnicity, race and the political sociology of sovereignty. Shenhav is also translating Arabic literature to Hebrew and English.

- His main work in the area of history of management was published in Manufacturing Rationality: The Engineering Foundations of the Managerial Revolution (Oxford University Press, 1999).

- His main work in the area of nationalism, ethnicity and religion was published in The Arab Jews: A Postcolonial Reading of Nationalism, Ethnicity and Religion (Stanford University Press, 2006).

- His views on the Israeli-Palestinian conflict are published in Beyond the Two States Solution: A Jewish Political Essay (Polity Press, 2012).

"In Eichmann in Jerusalem, Hannah Arendt introduced the term ‘banality of evil’ to describe the ’superficial mind’ of an over-conformist bureaucrat, whose organizational expertise was the emigration of Jews. The literature that examined the roots of Arendt’s thesis on the banality of evil assumed that she had portrayed a pathological and malfunctioning rational bureaucracy, motivated by a strong culture of instrumental rationality. In contrast to this instrumental rationality thesis—and despite Arendt’s own reservations about a wholesale comparison between British imperialism and Nazism—I suggest that: (a) Arendt’s depiction of Nazi bureaucracy was anchored in her reading of imperial bureaucracy as analyzed in The origins of totalitarianism; (b) Arendt’s analysis of Eichmann’s Nazi bureaucracy was, in several respects, similar to her analysis of Lord Cromer’s principles of imperial bureaucracy formulated in Egypt in the early years of the twentieth century; and (c) The ‘instrumental rationality’ thesis overlooked Arendt’s insights about the affinity between imperial bureaucracy and totalitarian bureaucracy, and particularly the relationships between race, arbitrary governance and bureaucratic aloofness. I explore the similarities between the Nazi model and the imperial model of bureaucracy in Arendt’s writings, focusing on the analogies she drew between Lord Cromer and Adolf Eichmann. The analysis reveals that her ’banality of evil’ argument is deeply anchored in the history of race and imperialism, and that she was not oblivious to the affinity between imperial bureaucratic repertoires and bureaucracies of genocide." Yehouda Shenhav