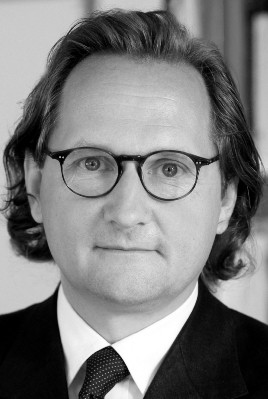 Lecture by Thomas Duve : “Transnationalisation of law and legal scholarship: a view from legal history”

Thomas Duve is the Managing Director of the Max-Planck-Institute for European Legal History in Frankfurt and Professor for Comparative Legal History at the Goethe University Frankfurt.

He is the editor of the journal Rechtsgeschichte – Legal History, co-editor of the forum historiae iuris (the first European online magazine or legal history) as well as the Jahrbuch für Geschichte Lateinamerikas - Anuario de Historia de Amercia Latina. Furthermore, he is a member of various advisory boards of journals and academic institutions, a full member of the Academia Europaea and the Akademie der Wissenschaften und der Literatur Mainz, a member of the board of the research focus Extrajudicial and judicial conflict resolution and a principal investigator of the Cluster of Excellence The Formation of Normative Orders at the Goethe University Frankfurt.

"For approximately two decades, European scholars of all disciplines have been witnessing a profound transformation of the system of higher education and research. Policies of internationalization, the ‘digital revolution’, the introduction of economical patterns in academia and other factors have created a considerable pressure on social science, cultural studies, and the humanities. In addition to this, legal scholarship, necessarily oriented towards nation-state as the principal law-maker and to the national legal system as its functional environment, is facing a dynamic growth of transnational law – and the question rises as to whether we are heading towards a ‘Transnational Legal Scholarship’. Yet, it is not at all clear how such a ‘Transnational Legal Scholarship’ could look like, how it could be related to national legal scholarships and what kind of institutional and intellectual frameworks it would need.

The aim of this talk obviously does not consist in answering any of these questions. On the contrary, it merely tries to present some observations of this process and deliberations on the resulting challenges for academia. And it does so from the point of view of a small sub-discipline of legal scholarship – Legal History – and from an observatory located in Germany. From this particular perspective, I want to ponder questions like: Does the discipline of Legal History react to these transformations – and if it does: How? What are the intellectual and institutional challenges of a transnationalization of legal historical scholarship? What could be the place of a discipline like Legal History in a Transnational Legal Scholarship?

I will proceed in three steps, starting with a short description of some traditions that shaped my discipline. After this, I want to focus on some changes in the discipline’s environment during the last 25 years, the so called ‘Republic of Berlin’, and their impact on legal historical scholarship. Finally, I would like to summarize and point out some possible consequences of these transformations for legal historical scholarship. Hopefully, some issues raised in the talk might be, at least in their general scope, similar to problems other disciplines are discussing in their fields, giving way to a ‘transnational’ and ‘transdisciplinary’ discussion."