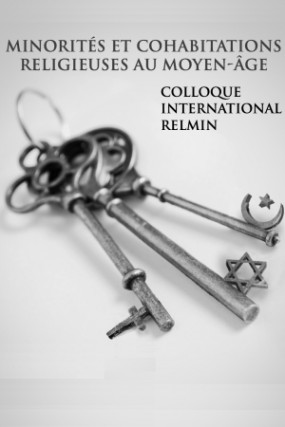 For its final conference, the European research project RELMIN (funded by the European Research Council), organises from 20th to 22nd October a series of round-tables, discussions and lectures about Religious Minorities in the Middle Age (program of the conference).

One of these scientific events, organised in association with the Nantes Institute for Advanced Study, will take place on October 21st, at the Simone Weil amphitheater. The lecture will deal with the normative dimension of sacred texts. Two lecturers will be presenting their work: Talya Fishman from University of Pennsylvania, and Jonathan Brown, from Georgetown University.

Abstract of the lecture (in English) :

Though considered the foundational text of Judaism, and a source of Jewish law, the Torah has played more of a symbolic, than an actual, role as the guide to normative Jewish life. The text which has served as the Jewish legal reference work, par excellence, is the Babylonian Talmud. After explaining this shift, my remarks will revise the inherited historiographic narrative which presents the Babylonian Talmud as a text which served as the preeminent source of Jewish legal authority from the turn of the sixth century, the time of its last named tradents. Those familiar with this corpus know that its extreme “multivocality” -- its dogged refusal to resolve legal disputes -- is among the features that made the Babylonian Talmud remarkably ill-suited to the cultural task that it ultimately came to perform. Drawing on literary and historical evidence, I will argue that several centuries elapsed before the Babylonian Talmud was a fully functional guide to applied Jewish law, and will demonstrate that the processes of “readying” the Talmud for this role were different in the medieval Jewish subcultures of Sefarad and Ashkenaz, whose populations lived in the lands of Islam and Christendom, respectively. Reconstruction of these processes— both conscious and unconscious—reveals that the pathways to legal normativity were related to the social, institutional and compositional practices of the broader milieux in which these Jewish subcultures developed.

Abstract of the lecture (in English) :

This paper demonstrates how the hermeneutics applied to the Quran and precedent of the Prophet resulted in substantive law (fiqh) greatly removed from the evident meaning of scripture.  It goes on to explore how the application of law in court praxis and pre-modern Islamicate societies offered two other layers of scriptural interpretation, constructing new relationships to fiqh, the Quran and prophetic teachings.