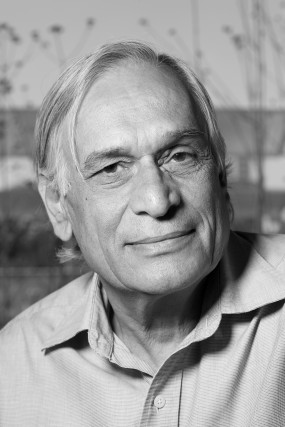 Lecture by Suresh Sharma, for the publication in French of Gandhi’s text "Hind Swaraj"

On Tuesday February 10th, 2015, at the Simone Weil amphitheater.

In 2010, Suresh Sharma, former Associate Fellow at IAS-Nantes, and Tridip Suhrud published a critical edition of the text Hind Swaraj, written by Gandhi in 1909. The book contained the original text in goujarati, a translation in English made in 1910, and was completed with marginnotes (alternative readings/translations of the Gujarati original), footnotes (notations for categories-concepts) and Hindi translation (to mute the current placement of English as the exclusive mediation between languages).

The French version of that book, translated by Annie Montaut, Member of IAS-Nantes scientific advisory board, was published in October 2014 in the series "Poids et Mesures du Monde" (Fayard) with the title Hind Swaraj : l’émancipation à l’indienne. The book contains a text by Charles Malamoud and an introduction by Suresh Sharma.

Suresh Sharma will make a lecture at the Institue on February 10th, to present the book.