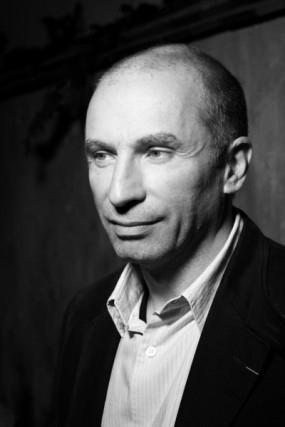 Lecture by Pierre Sonigo: "Theories of life and medical practices"

Research Director at the INSERM (French Institute of Health and Medical Research), Pierre SONIGO worked at the Pasteur Institute from 1981 to 1990. A molecular biology and virology specialist, he studied the AIDS virus since 1983.

In 1985, he participated in deciphering the complete sequence of the AIDS virus (HIV). Then from 1990 to 2005, he headed the laboratory "Genetics of viruses” at the Cochin Institute (a Research Center affiliated to INSERM, CNRS and the University Paris Descartes, UPD). He is currently the Scientific Director at Bio-Rad France where he conducts research in medical diagnosis: how can we measure the sick body? He is an associate fellow of the IAS-Nantes since November 2013.

Medical practises are related to our understanding of the living, which comes from our cultural environment and imposes some epistemological choices. Intensive analysis of the genomes has led biologists to renounce genetic determinism in favour of a “systemic” approach of biology. The work carried out by Pierre SONIGO at IAS-Nantes intends to analyze the consequences of such shift, showing that it requires to question the very foundations of our theories of the living, notably, the concepts of individual and of reproduction.

This work extends the critical approach of genetic theories that has already been published in Ni Dieu ni gène (‘No gods, no genes’, 2000, Seuil, with Jean-Jacques Kupiec) and L’évolution (‘The evolution’, 2003, EDP science, with Isabelle Stengers), and it will continue work previously conducted at the Institute on “ecology of the body” and “biology of continuity”.

The reproduction, considered as an essential process, requires defining a separation, or said otherwise, defining a unit that reproduces. It is disturbing to note that, among all the possible separations of the living – e.g. the species, the individual, the cell, the molecule…-, theories have chosen the one that is the dearest to us: the individual produced by our conscious mind. Is it possible to do without such a classification system to talk about and think the biology? Is it possible to conceive the living in a continuous and dynamic mode, as we conceive the physical waves?

In his current job, Pierre SONIGO seeks to define new approaches for medical diagnosis. Theories of the living are related to our understanding of diseases, which determines the parameters to be investigated in medical biology. A theoretical reconstruction might lead to a new approach of the diagnosis.