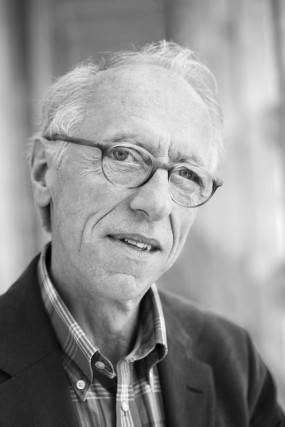 Tuesday, 26th April 2016 at 6pm in the Simone Weil Amphitheatre

Pierre MUSSO, philosopher, is a Professor of Information Science and Communication at the University of Rennes 2 and at Telecom Paris Tech School. He is founder and director of the Chair "Modeling Imaginary, Innovation and Creativity" that he created between these two academic institutions and with the support of four global industrial partners: Dassault Systèmes, PSA Peugeot -Citroën, Orange and Ubisoft. He is a member of the Interdisciplinary Center for Analysis of Human and Social Processes, in the University of Rennes 2 and associate member of the laboratory UMR CNRS 5611 “Literature, ideology, Representations, 18th-19th centuries” in Lyon. Prior to joining the University, he has participated or led research and forecasting services in the telecom sector, including the National Telecommunication Study Center (CNET), the National Audiovisual Institute (INA) and the planning department (DATAR) in France. He was a member of the first Board of Directors of France Telecom. He was during many years teacher at the Sorbonne University in the political sciences department. During these years he defended his state thesis on "Symbolic operation of telecommunications and the Saint-Simonian philosophy”. He is the author of numerous books on Communication and the media, Networks and Territories. He also wrote about Henri Saint-Simon and saint-simonianism. He co-directed the critical edition of the Complete Works of Henri Saint-Simon published at the PUF (2012) in the "Quadrige" collection.

The name Henri Saint-Simon (1760-1825) is more famous than his work which has undergone countless distorting interpretations, starting with the Saint-Simonian school. Having had a major influence in the 19th century, his work is at the origin of some of the most important contemporary ideologies. Four main schools of thought have resulted directly from the thinking of Saint-Simon:

- socialisms including that of Pierre Leroux, Proudhon’s anarchist thought, and especially Marxism;

- a movement of sociology inaugurated by Emile Durkheim and Marcel Mauss;

- the Saint-Simonian school, which was itself multifaceted.

Saint-Simon brought sociological issues to the forefront, particularly the concept of society and social change. He even devised a new social system then researched a method to achieve it. One preoccupation constantly permeated his thinking: “how to find a combination that would help make the transition from old to new social regime”. After the French Revolution which he regarded as being incomplete, Saint-Simon wanted to change the status quo for the benefit of “the poorest class”, paving the way for socialism.