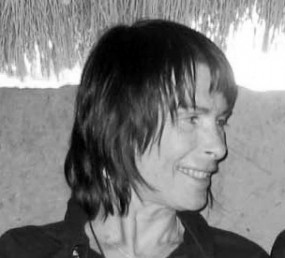 Lecture by Odile Journet-Diallo "Gender Division through the lens of the rite, West-African examples"

Tuesday October 27th, 2015 at 6pm at the Simone Weil Amphitheater.

Odile Journet - Diallo, ethnologist, is an Emeritus Director of religious studies at the Ecole Pratique des Hautes Etudes, Paris. She is a member of the Institut des mondes africains. While teaching anthropology and sociology at the University of Saint-Etienne and Lyon, she joined the department of “System of Thought in Black Africa” led by Michel Cartry. As a member of the Institut des mondes africains, she is now working on long term research project in Joola (diola) region between the Senegal and Guinea- Bissau borders. She has published « les créances de la terre. Chroniques du pays Jamaat (Joola de Guinée-Bissau) », Brepols publishing 2007.

Her research interests are:

-territories and rituals areas in Joola region (southern Senegal, Guinea-Bissau) and in societies of « South River »

-Division in religion and new modes of religious communication

The current inflation of gender studies about Africa tends to be limited to the theme of “woman and development” and overlooks the exploration of rituals and the construction of representations establishing gender division.

In that regard, African societies offer a very rich and varied picture. As ritual is concerned, gender division is shown as shaped by the rite, as a symbolic operator but is firstly considered as very complex in the sharing and articulation of skills given to men or women.

When interconnection or echoes in rites or male/female known ritual roles are considered along with the contexts which command the repetition of a division debate (or its suspension) a lot of questions arise. However the sole analysis in terms of domination or differences cannot be sufficient to offer solutions.

In this presentation I will use examples of societies of the “south River” (coastline societies from Gambia to Sierra Leone) which have developed a partly achieved model of division in the religious and rites domain according to the gender. Their originality invites us to reassess the most common opposition associated to gender division, namely: inside/outside, active/inactive; having/being.