Recherche
Facebook
Twitter
LinkedIn
YouTube
Intranet
road_vous_etes_ici
Home
>
News
>
Lecture by Monique Chemillier-Gendreau : “Sovereignty as a barrier to the advancement of democracy, both in domestic societies and in the international society" 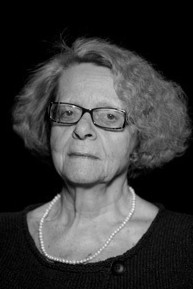 Lecture by Monique Chemillier-Gendreau : “Sovereignty as a barrier to the advancement of democracy, both in domestic societies and in the international society"

Monique Chemillier-Gendreau is Professor of Law of Université Paris VII-Diderot and member of the Laboratoire d’Analyse Critique du Juridique (LACRIJ).

“The political and legal organisation of the world into sovereign states and international organisation created by themselves and depending on them is not suitable to either the quest for fair norms in an open world or the demand for freedom of modern societies. This organisation allows the uncontrolled rise of dangers, particularly the one of militarisation of all economies that powers, even in the so-called democratic states, are not looking at reducing and that United Nations don’t control.

An in-depth analysis comes to the conclusion that the concepts of state sovereignty along with their inherent immunities create a major obstacle to a democratic renewal that would allow an approach of the common good on the world scale. »

> Flyer of the lecture (english)