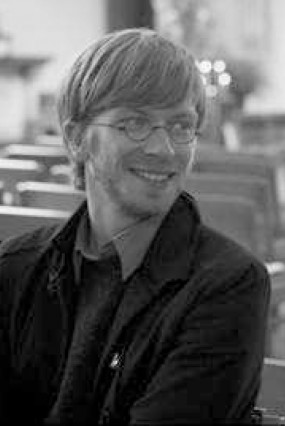 Lecture by Jérôme Giersé: "Music and Love, Watteau and the Fête Galante"

This scientific event is organised with the Maison des Sciences de l’Homme Ange-Guépin.

Jérôme Giersé has a master degree in literature. He is an organist and works as the Deputy Programming Director of the Music Department at the Centre for Fine Arts, Bruxelles (BOZAR). Along with William Christie (Les Arts Florissants) and Florence Raymond (The Museum of Fine Arts of Lille), he created the musical component of the exhibition Antoine Watteau. The Music lesson which took place in Brussels at BOZAR last spring.

He will give a lecture at IAS-nantes on Monday, March 10th at the Insitute, about "Music and Love: Watteau and the Fête Galante"

A painter of the tangible, father of the fête galante, and a real shooting star of the Parisian artistic firmament in the early years of the 18th century, Watteau was the leading light of a new generation of artists and the first to combine music, dance, and theatre in his works.

Titles such as La Leçon de musique, Le Concert amoureux, and L’Accord parfait show the importance of music in the painter’s oeuvre as a perfect metaphor for amorous feeling. Through the study of the political, social and cultural context of the Regency and the close examination of the works themselves, Jerôme Giersé draws a portrait of an artist who managed to crystallize the musical language of his time through his paintings.

Musical extracts will help the public to immerse in the heart of one of the most fascinating periods in the history of art in France.