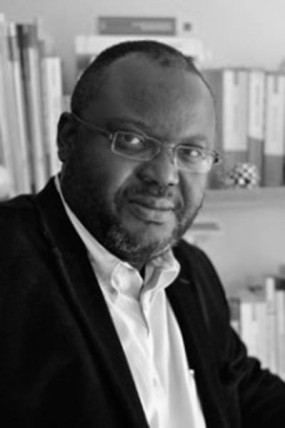 On Tuesday December 9th 2014 at 6:00pm at the SImone Weil Amphitheater.

Jean-François AKANDJI-KOMBE is co-director of the Department of Social Law Legal Research Institute and is in charge of the Research Master Social Law at the Paris1 Panthéon-Sorbonne University ; he is also General Coordinator of the European Academic Network on Social Rights and member of the board of the French Association for Labour Law and Social Security (AFDT). He participated in various research programs on human rights, social rights and social law, and acts as Visiting Professor in several foreign universities. It coordinates the following thematic research cycles: "Social law between public and private law", "Equality and social right" (in press) and "Right of Public Service and Labour Law" - Cycle ongoing (see www.irjs.univ-paris1.fr). He is also Honorary Dean of the Faculty of Law of Caen.

He will present a lecture at the Institute on Tuesday December 9th 2014, about : "Social rights and European Law, from today to tomorrow"

Description of the lecture :

Europe is at a crossroads regarding the place given to social rights in European legal systems, with global scope but also in national legal systems.

The exacerbation of the economic market logic to meet the economic and financial crisis as well as the debt crisis, resulting in the profound questioning of solidarity bonds, but also protection mechanisms was eventually followed by a demand for increasingly strong effective social right. Here lies not only a challenge to the legal future of Europe, but also a strong challenge to redefine the political identity for this Europe as well as for its economic strategy.

However we can only measure the importance and significance of this challenge by tracing the history of social rights on the continent, through law. However, not considering law by itself but by its relationship with the society it re-presents.

The assumption chosen is that social rights, as a legal construct expressing the protective needs of social being, are a reflection point of European law as a whole, the values that are the basis and drives them; their legal fate of (non) recognition and / or of (no) protection destiny, has a meaning beyond the law.

Building on this we will look at today’s situation, which is both ambitious and plural when considering social rights texts; the current situation may also vary and is, to a large extent, reluctant to social rights in the application of these texts, blocked under the weight of contradictions.

Then we will seek to discuss the uncertain future, with particular emphasis on the importance of political will. The recent Turin Conference (17-18 October 2014) will serve as frame to this outline of the future.