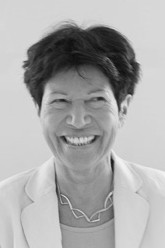 Lecture by Helga Nowotny : „A social scientist in the land of scientific promise“

On Tuesday, March 10th 2015 at the Simone Weil Amphitheater

Helga Nowotny is Professor emerita of Social Studies of Science, ETH Zurich, and a founding member of the European Research Council. In 2007 she was elected ERC Vice President and from March 2010 until December 2013 President of the ERC. Recently, she has been appointed Chair of the ERA Council Forum Austria.

She holds a Ph.D. in Sociology from Columbia University, NY. and a doctorate in jurisprudence from the University of Vienna. She has held teaching and research positions at the Institute for Advanced Study, Vienna; King’s College, Cambridge; University of Bielefeld; Wissenschaftskolleg zu Berlin; Ecole des Hautes Etudes an Sciences Sociales, Paris; Science Center for Social Sciences, Berlin; Collegium Budapest; Budapest. Before joining ETH Zurich, Professor Nowotny was Professor for Social Studies of Science at the University of Vienna. Among other, Helga Nowotny is Foreign Member of the Royal Swedish Academy of Sciences and continues to serve on many international advisory boards throughout Europe. She received doctorates honoris causa from several European universities and the Weizmann Institute of Science in Israel. Helga Nowotny has published widely in social studies of science and technology and on social time.

She will present a lecture at IAS-Nantes on March 10th 2015 about „A social scientist in the land of scientific promise“.

Promises are a means of bringing the future into the present. Nowhere is this insight by Hannah Arendt more applicable than in the sciences. Research is a process which is inherently uncertain, as the outcome is not known in advance. It is, however, full of promises, although it is not known which of the imagined possible, probable or preferred futures will be realized. Expectations on the part of society and promises on the part of science are sometimes brought together in the form of a metaphorical ‘contract’ between them. At present, there is a trend to formalize scientific promises through impact assessment, performance indicators and similar measurements. Another trend goes in the opposite direction of opening up science towards citizens. Against this background, I will briefly present three case studies from the life sciences: assisted reproductive technologies, stem cell research and personalized, precision medicine. I will explore the uncertainty of promises and the cunning of uncertainty at work.