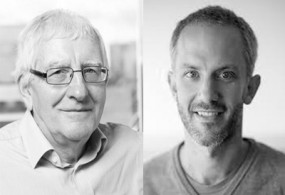 This conference is organised by the  Maison des Sciences de l’Homme Ange Guépin in partnershi with the IAS-Nantes.

Gérôme Truc,sociologist, assistant lecturer in the Department of social sciences at ENS Cachan, research fellow at CEMS - Institut Marcel Mauss (CNRS/EHESS). His research areas are sociology of emotion and memory, sociology of cosmopolitanism, as well as political and sociological theory. He is the author of State of paralysis: a sociology of attacks, Paris, Puf (“Le lien social”), 2016.

Heinz-Gerhard Haupt, Professor Emeritus, University of Bielefeld, Germany. IAS-Nantes Fellow 2015-2016. His research focuses on the history of political violence in Europe since 1800. He has taught in various institutions of higher education: University of Lyon 2 Lumière, École des hautes études en sciences sociales, European University Institute in Florence, Columbia University. He is the author of A social history of France since 1789 (Éditions de la MSH, 1995) and the co-editor of Writing Political History Today (Campus Verlag, 2013).

After the attacks in Paris and Brussels, European societies seem harder hit than ever by terrorism. What can social sciences do in this situation? How can they help us understand what we are experiencing and shed light on the way in which we respond to terrorist attacks? During this conference, Gérôme Truc, sociologist and author of State of paralysis: a sociology of attacks, will try to answer these questions using as a starting point the survey he conducted on reactions of European citizens to the attacks in New York (9/11), Madrid (2004) and London (2005). His presentation will be discussed by German historian Heinz-Gerhard Haupt, a fellow at IAS-Nantes in 2015-16, who is currently working on the reactions of French, German and Italian societies to anarchist attacks at the end of the 19th century.