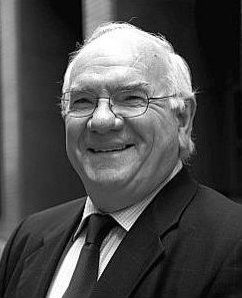 Lecture by François Morin : "Life or death issue of our planet: the fight against the global banking hydra"

Tuesday May 19th 2015 at 6pm at the Simone Weil amphitheater.

François Morin is Emeritus Professor of Economics at the University of Toulouse I Capitole. He is a founding member of LEREPS (Study and Research Laboratory on Economics, Policy and Social Systems). He served on the General Council of the Bank of France for nine years (1985 - 1993), on the Board of Directors of EADS (1988-1993), and on the Council of Economic Analysis for the Prime Minister (1997-2000).

"Life or death issue of our planet: the fight against the global banking hydra"

1 -Hydra from the largest banks:
central factor in the destabilization of our economic and social world.

2 - What future for capitalism?
a new financial cataclysm or a new humanism?

Since the 2007-2008 financial crisis our planet has not regained stability. Worse, the causes that provoked this crisis have not actually been eradicated. So much so that a new financial catastrophe is again to be feared with this time havoc especially heavy since states are weak and fail to balance their public finances (due to excessive debt, itself linked to the crisis!). However, a major cause destabilizing our planet since the mid-1990s is the phenomenal power acquired by major international banks. The conference will specifically focus on the features of this banking oligopoly,a truly global Hydra, which has the capacity to destroy our societies not only on financial or economic level, but also on political and social level with fearsome consequences . Once the ability of extreme nuisance demonstrated, , the lecturer will discuss the possibilities of eradicating the hyperpower and explore the concrete conditions for a new humanism.