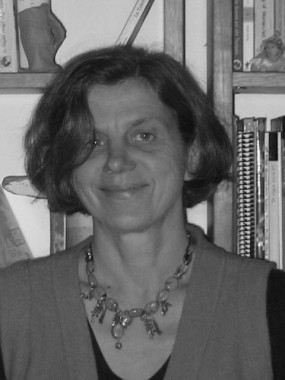 Tuesday 5th April 2016 at 6pm in the Simone Weil Amphitheatre.

Birgit MÜLLER (PhD Cambridge 1986), director of research at LAIOS, CNRS/EHESS in Paris, explores the global governance of food and agriculture at the FAO and CSA and relates it to farmers’ practices in Canada and Nicaragua. She examines how visions of the world and power relations shape the farmer’s commitment to seeds and soils.

The practices and controversies linked to intellectual property on seeds involve different levels of governance and are embodied in farmers’ daily practices. I have studied them mainly in Canada but also worldwide within the FAO. My investigations have taken me from farmer’s fields to the Supreme Court and from national consultation procedures to international arenas.

From the 1990s onwards, most Canadian farmers enthusiastically accepted patented rapeseed in their fields thus deliberately compounding their situation of dependence and subordination with regard to the patent-holding multinationals. If we take inspiration from Hannah Arendt, introducing patented transgenic seeds into a field constitutes a rebellion against human existence as it was intended – as a free gift – since man is trading something of which he believes himself to be the creator and owner. The question of why scientific knowledge and know-how have developed in this way is a key political question, and a paradox which raises several issues. How has this new power relationship crept into farmers’ lives with more or less total acceptance? What kind of individual and collective attempts have there been to challenge and resist it? Based on my analysis of numerous mobilizations against the appropriation of living organisms, I will attempt not only to identify the driving force behind individual political action but also to analyze how collective actors emerge who manage to open up the restrictive framework of organizations by means of deception and threat, creating their own space and discourse in connection with real experiences