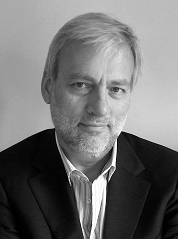 Lecture by Alan Norrie “Transitional Justice and the Problem of Guilt”

Tuesday, December 15th, 2015 at 6pm at the Simone Weil Amphitheatre

Alan Norrie is a Law Professor at the University of  Warwick, United Kingdom. He was Edmund-Davies Professor of Criminal Law and Criminal Justice at King’s College London (1997-2009) and held the Drapers’ Chair in Law at Queen Mary and Westfield College (1994-1997). He became Professor of Law at Warwick University in 2009, and served as Head of Warwick Law School from 2011-2015. He is a Leverhulme Senior Research Fellow 2015-18, working on the topic ‘Criminal Justice: the Blaming Relation’.

His books include Law, Ideology and Punishment (1991), Punishment, Responsibility and Justice (2000), Crime, Reason and History (3rd ed 2014), Law and the Beautiful Soul (Routledge, 2005), and Dialectic and Difference (2010). Law and the Beautiful Soul won jointly the Hart/SLSA Book Prize (2006) and was described as ’an important book which crosses a breathtakingly diverse terrain ... a beautifully written book, which ... demonstrates the author’s own journey’. In 2016 he will publish  collection of his essays under the title Justice and the Slaughter-bench.

This lecture starts from the problem of war guilt raised by Karl Jaspers and pursued by Hannah Arendt after World War II. In Eichmann in Jerusalem, Arendt reflects upon the moral problem of punishing Eichmann, a man who does not understand that his actions should lead to a sense of guilt. Her conclusion is that he can be executed, but not on standard liberal presumptions about the moral quality of wrong actions. Weighing up the debate between Arendt and Jaspers about guilt, I argue that Jaspers’s account of metaphysical guilt might be used to address Arendt’s concerns. But this then leads to important questions about what it means to deploy a conception of metaphysical guilt today. Here I advance some ideas about what it means and how we might use it from a critical point of view.