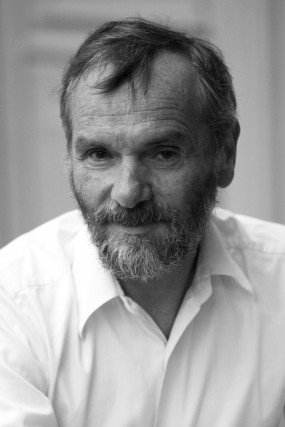 Alain Supiot will make a lecture at the institute to present his latest book  "La Gouvernance par les Nombres". Selçuk Demirel, cartoonist and IAS-Fellow 2014/2015 will attend to the lecture.

The feeling of "discontent of civilization” is not new, however the unprecedented intensity  found in Europe today was not seen since the Second World War. Saturation of public space by economic and identity discourses is a symptom of a crisis whose underlying causes are institutional. The law, the democracy, the State and all legal frameworks to which we continue to refer are jostled by the resurgence of the old Western dream of calculation- based harmony. Initially reactivated by Taylorism and Soviet planning this scientist project today takes the form of governance by numbers, which is now developing through "globalization".

The reason of power is no longer sought in a sovereign body transcending society, but in standards inherent in the workings of society. A new normative ideal aiming at the effective achievement of measurable objectives rather than obeying fair laws allows it to thrive. Led by the digital revolution, this new institutional imagination is that of a society where laws give way to programs and regulations to regulations. But when their safety is not guaranteed by law that can be applied to all, people have no alternative but to swear allegiance to bodies stronger than them. Radicalizing the aspiration to an impersonal power that already characterized the assertion of the rule of law, governance by numbers thus paradoxically creates a world dominated by the ties of allegiance.