Recherche
Facebook
Twitter
LinkedIn
YouTube
Intranet
road_vous_etes_ici
Home
>
News
>
Lecture by Aicha Belarbi : "The Changing Status of Moroccan Women From 1956: From the Fight for Education and Health to the Fight for Equality and Parity" 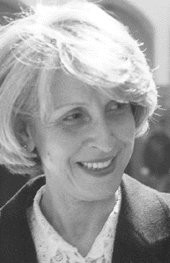 Lecture by Aicha Belarbi : "The Changing Status of Moroccan Women From 1956: From the Fight for Education and Health to the Fight for Equality and Parity"

Tuesday June 2nd 2015 at 6pm at the Simone Weil Amphitheater

Aicha BELARBI, Sociologist, has a diverse professional career. Professor researcher at the Mohamed V University in Rabat, she is an expert at the United Nations on issues related to education, gender, cultural dialogue and migration. Activist for democracy, human rights and women’s rights, she has also held the positions of Secretary of State for Cooperation and Ambassador of Morocco to the European Commissions. She has published Egalité, parité, Histoire inachevée (Ed. The Fennec, 2012).

Her research focuses on four areas:

Professor Belarbi is political and human rights activist, a founding member of the women’s section within the USFP (Socialist Union of Popular Forces, centre-left party) and the Moroccan Organization of Human Rights.

Former member of the scientific committee of the Arab Institute for Human Rights, she worked in different Arab and Western human rights organizations, such as "Initiative for Peace and Cooperation in the Middle East", "Human Rights Watch", "Lawyers Committee for Human Rights" and the "International Commission of Jurists”.

Today’s Morocco is different from the time of his independance in 1956, a number of visible changes have taken place over a quite short period of time (almost 60 years), making a break from the past and ensuring a continuity at the same time.

Urbanization, education and economic development have  indeed contributed to allow an increasing part of the population to access the new production circuits as well as to claim their rights. Besides, the access of women to the economic sphere and their growing participation in politics have encouraged them to redefine themselves, to commit in development projects and to strengthen their position on the national and international scenes. However in this country in turmoil, the patriarchal system reinvent itself to remain and resistance forces are impeding women’s empowerment, weaken their mobilization and slowing the movement towards equality and parity as they are stipulated in the 2011 constitution.