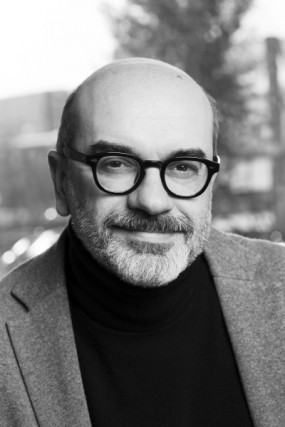 Vando Borghi is Associate Professor at Bologna University (Italy), where he teaches Sociology of development and Labour policies. His main research areas are the transformations of labour, the relationship between labour and the welfare state and the changing relationship between the public and private realms in contemporary welfare capitalism.

He has just written in the italian newspaper Il Manifesto a review of the book recently published by the Indian anthropologist Arjun Appadurai Il futuro come fatto culturale. Saggi sulla condizione globale (original edition : The Future as Cultural Fact: Essays on the Global Condition - Verso, 2013). In this article he evokes his stay at IAS-Nantes and the connexions he sees between the Institute’s project and the themes developped by Appadurai:

" (...) I picked up the volume of Appadurai in his Italian translation during a period of work at the Institute of Advanced Studies (Nantes, France). Opened a few years ago, with great foresight, this valuable structure is designed to accommodate and bring together scholars from North and South of the world, working on many of the issues addressed by Appadurai. Research activities arriving here from many different parts of the world testify all the attention, but all the impatience as well, with which the European project is by now observed in the world (...) ".