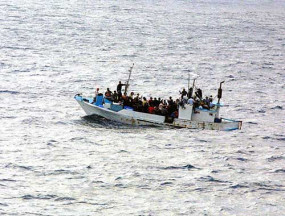 Lecture by Guido Nicolosi, sociologist at the University of Catania (Italy)

Lampedusa is one of the small Italian Pelagie islands in Sicily. An African land bridge in Italian “territory”, drifting in the Mediterranean, it reflects all the contradictions and paradoxes of symbolic imagery and European political practice.

On 3rd October 2013, when a 20 metre-long fishing boat in Libya full of immigrants from various African countries set sail from Misurata and sank about half a mile from its white sand beaches, the island became the international symbol of a human tragedy which, for decades, has bloodied all the “borders” of the continent. It is also becoming the symbol of a political crisis with potentially devastating consequences for the dream of a united and transnational Europe.

Interciew of Guido Nicolosi in the newspaper "l’humanité" on 20th June 2016 :