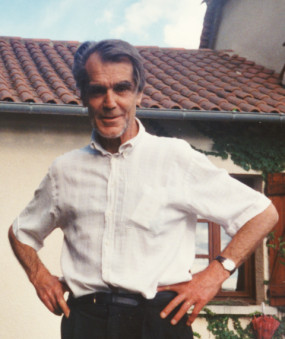 Michel Cartry, a friend and advisor to the Nantes Institute for Advanced Study, has recently passed away. Cartry (1931-2008) was an outstanding French Africanist, a man of immense scholarship who left behind him a significant body of work and whose political independence kept him at a distance from intrigues. He was a discreet ethnologist who was convinced that African experience and African knowledge, which are so alien to Western abstractivism, had something to teach him. The Western academic who wishes to study and understand these at first hand must stand the test of sincerity, which here means refusing to import into Africa a conceptual framework manufactured primarily for Euro-American use, and, concomitantly, refusing to teach Africa to Africans. Preprogrammed research after the Second World War and under the influence of the Cold War was wielded as a weapon of mass destruction, in the Eastern Block and the West, against cultures non-aligned to positivism. Cartry knew full well that dancing to the tune of scientific objectivity was no guarantee against brainwashing. He also knew the price an intellectual is obliged to pay, today as yesterday, in order to preserve intact his faculties of judgement.
Michel Cartry’s intellectual universe had a number of striking characteristics: his interest in psychoanalysis as a mode of knowledge of the subject, his resolutely comparative approach and desire to have contact with specialists from other fields, and also his passion for conceiving ethnographical exploration and the confrontation with the alterity of Africa as a preparatory detour for understanding his own identity as a European researcher. This type of work had unexpected ramifications, notable among which were initiating the typical Westerners that we are - and occasional researchers on the African continent - into a foreigner’s view of the West.
This was the shared basis for my conversations with Michel Cartry, beyond the bounds of the University. These conversations were enriched and invigorated by the prospects which the Nantes Institute opened up, namely providing a framework for research appropriate to our contemporary world by developing a method of investigation which would bring ethnography back to its place of origin and its historical roots: Europe and the mythological capital of Christianity. Cartry wrote a study in 2003 on the divinatory writing of the Gourmantché of Burkina Faso for a publication devised with the Swiss architect Ruedi Baur (La loi et ses conséquences visuelles, published in 2005). Thereafter, he had embarked on a general work based on the notes he had made over the years, with a view to reexamining the question of writing in Africa. We intended to follow this up, as though in reply, with a study of European "Negritude", with particular attention to the theological and legal writings of the West. These projects have not been rendered obsolete. On the contrary, the strand of Africanist thought to which Cartry devoted his life will prove in the near future just how relevant it is to the project of identifying, interpreting and explicating the logic of the mechanisms by which humanity is held together.
Pierre Legendre