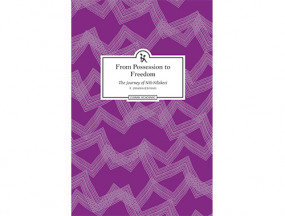 "From Possession to Freedom", The Journey of Nili-Nilakeci by R. Umamaheshwari

From Possession to Freedom, The Journey of Nili-Nilakeci, published by Zubaan Academic, a new publication of our fellow 2017/2018 R. Umamaheshwari.

The Tamil text Nilakeci, published between the first and fifth centuries, deals with Jaina philosophy through the use of an unusual literary technique: retrieving a pey, or possessing spirit (usually a woman), from the folk tradition and casting it in a new image. Thus a demon becomes a philosopher, for example—and if that is possible, then anyone can transform themselves into someone new, a redeemed self, by following the Jaina tenets. This is a profoundly subversive idea within the tradition, as is the use in Nilakeci of a female persona to debate with the most prominent teachers, all but one of them male, from the various schools of thought prevalent at the time.
This book places Nilakeci within a historical context while nonetheless maintaining its status as a singular, radical work, using translations of selected excerpts to make a powerful case.